The SFC of Hong Kong published the Statement on the Conduct and Duties of Directors when Considering Corporate Acquisitions or Disposals on 4 July 2019.

As quoted from the SFC’s article, In 2017 and 2018, the SFC issued letters of concern to more than 46 listed issuers about proposed corporate transactions or other actions (The SFC periodically publishes the SFC Regulatory Bulletin: Listed Corporations that highlights cases and provides guidance on the manner in which the SFC uses its powers under the SMLR and the SFO to intervene in serious corporate misconduct at an early stage). More than 55% of these cases involved proposed corporate acquisitions or disposals. Also, the key word “valuation” has appeared 18 times throughout the whole statement, indicating the importance of valuation in a corporate transaction. 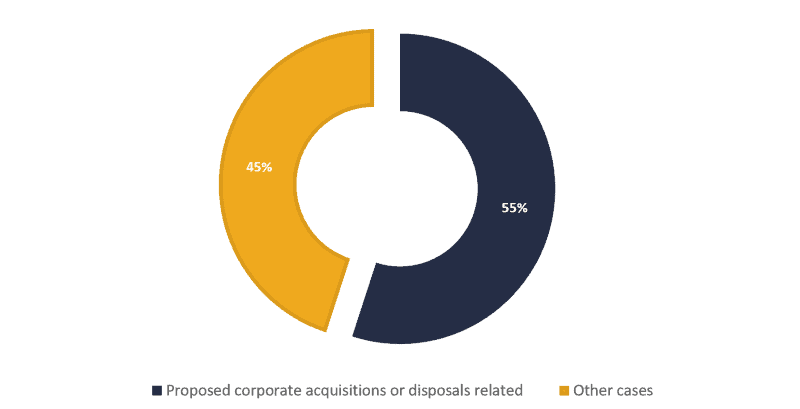 As professional valuer actively involved in valuation advisory for corporate transactions, we would like to share our views and insights to financial advisors and listed companies in response to the key highlights from the SFC’s article in relation to valuation. Basically, we recommend adopting a clear decision analysis and process overview in each valuation of corporate transactions.

As quoted from SFC’s Website – Lack of independent professional valuation

The SFC has noted that, in a majority of the cases where an independent professional valuation was not obtained, the listed issuers simply announced without further explanation that the consideration was arrived at after arm’s length negotiations, taking into account vaguely described factors such as the target’s business prospects and its alleged leading position in its industry. Often, these bare statements meant that the shareholders of the listed issuer were not being given all the information with respect to its business and affairs that they might reasonably expect.

In our opinion, the benefits of seeking independent valuation outweigh the costs as professional valuation usually provide inputs (depending on actual situation) in the followings:

In some cases where an independent professional valuation was obtained, the directors simply relied on the vendors’ forecasts in assessing the consideration for the target businesses. The valuers merely assumed without performing any due diligence or other work that the vendors’ projections would materialise.

As quoted from the SFC’s Article – Suspicious connected parties

The SFC has noted suspicious transactions that suggest an undisclosed relationship or arrangement among purported independent third parties in some transactions.

From valuation perspective, if we are doing valuation based on Market Value, we value the estimated amount for which an asset or liability should exchange on the valuation date between a willing buyer and a willing seller in an arm’s length transaction.

The level of security of the business with connected parties should also be generally assessed or planned by the acquirer together with how to secure the existing clients and business after the change of control.

Financial due diligence is highly recommended in any corporate transactions, which can help listed companies to evaluate the significance and risk associated with dealings with connected parties. This would help valuer to evaluate whether necessary adjustments should be made in arriving Market Value.

As interpreted from the SFC’s Article – Quality of earnings

In the article, some of the factors are considered as apparent risk factors:

We agree that such factors are apparent risk factors. In valuation, we stress on valuing the company based on sustainable revenue (and hence earnings and cash flows).

As quoted from SFC’s Website – Fair presentation of comparables

When performing a valuation based on multiples of publicly traded companies, the selection of appropriate comparable companies is important. Valuers and directors must use their judgment to select companies that have suitably similar characteristics to the target company and ensure that the comparables referred to in the valuation constitute a fair and representative sample. The bases for compiling any comparables must be justifiable and clearly stated in the valuation report. In some cases, the SFC noted that the directors “cherry-picked” companies that had higher trading multiples and disregarded others with poorer performance. Moreover, the companies chosen for comparison had significantly longer and more profitable track records than the target companies; however no adjustments were made to account for the differences between the companies chosen for comparison and the targets.

Market approach is easy to understand but difficult to apply well. The complication of a good market approach analysis is usually underestimated. When applying guideline public companies method, the are always many differences between the target companies and the comparables. It is a difficult topic on whether a difference should be adjusted. For example, a large bank and a small bank can both trade at price to book ratio of 1.0x. It is possible a company with higher net profit margin to trade at similar price to earning ratio with another company with lower net profit margin in the same industry. Adjustments should be made on a case by case basis and should be justified. Apart of adjustments, there are other important factors that should be considered. Some of the examples include the followings:

We have developed our own proprietary system to enhance the depth and accuracy of comparable search. Nevertheless, a systematic process to perform in-depth analysis of the industry, the business model of the target company and the comparables is necessary to fulfill SFC’s expectation on valuation by market approach.

Valtech Valuation is a professional valuation firm accredited with ISO-9001 in valuation advisory services. The financial market and valuation requirements are highly dynamic. We are determined to develop and maintain a quality management system to foster an environment which is sustainable and evolving continuously. Our founders stress on development of a system and workflows that our consultants are provided with necessary support and opportunities to thrive.

We are a team of professionals from multiple disciplines including audit, financial modelling, tax, internal control and surveying. Our management adheres professional excellence. Abundant resources are reserved to develop standardized policies and procedures for quality control. We have solid track record in valuation advisory for listed companies, private equity, fund managers and financial institutions. We work closely with big four and other international accounting firms, corporate financial advisors, fund managers and legal advisors.